Skip to content
We asked choreographer Denise Fujiwara a few questions about the upcoming performance of EUNOIA at the 2019 Guelph Dance Festival and here is what she had to share with us.

GD: The theme of the 2019 GDF is “What Moves You” can you share with us what moved you when working in  the creation of EUNOIA? 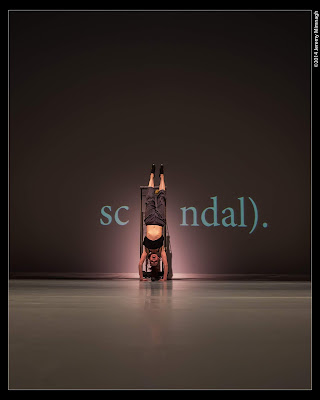 DF: I am always wrestling with the question of what is it that dance can and cannot express?  What moved me to create the dance we’ll perform in Guelph, was the question of whether I could use a piece of literature as a score to support the creation of a dance, and if so, would it be possible for the dance to communicate as powerfully as verbal language. And, what kind of performance would that look like? I really had no idea at the outset, if any of this would be possible to do successfully. The commitment to adapt Christian Bök’s book of poetry, Eunoia, into performance led to more and more questions, and also to more and more creativity on our parts.

GD: Tells us a little bit about the journey of transforming text to performance in EUNOIA.

DF: Bök’s Eunoia is an unusual work of literature. It is simultaneously esoteric and conceptual, while accessible and fun. These qualities, which we usually consider to be mutually exclusive, are what allowed Eunoia, a conceptual poem, to become a bestselling book.

The conceptual foundation of the book is based on the constraint of using only one vowel at a time for each chapter of the book.  We adopted versions of this constraint in all aspects of the creation of the performance, in the movement vocabulary, the music, video, costumes, etc. This was debilitating and I was concerned that I would not be able to create much of note when restricted, for example, to A body parts, ie.  hand, arm, scalp and jaw, and to A movements like clap, stamp, smash and grab. The same was true for the other collaborators who had their own constraining lists.  But we eventually found that the constraints forced us to look for solutions in novel ways and spurred us into new and creative ways of inventing! 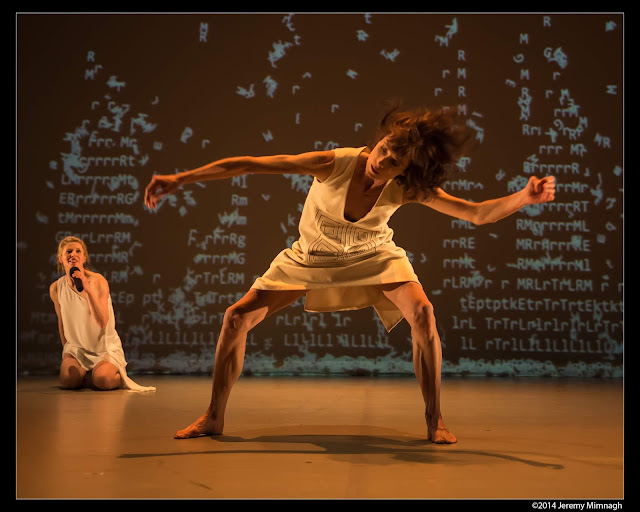 DF: This all sounds a bit dry and heady, but the work is actually loads of fun and witty. Its full of wordplay, visual puns, pop culture references, amazing performers, audience interplay, great literature and is supported by moving music, video and clever design elements. It gets standing ovations everywhere it is performed and has enthusiastic followers. 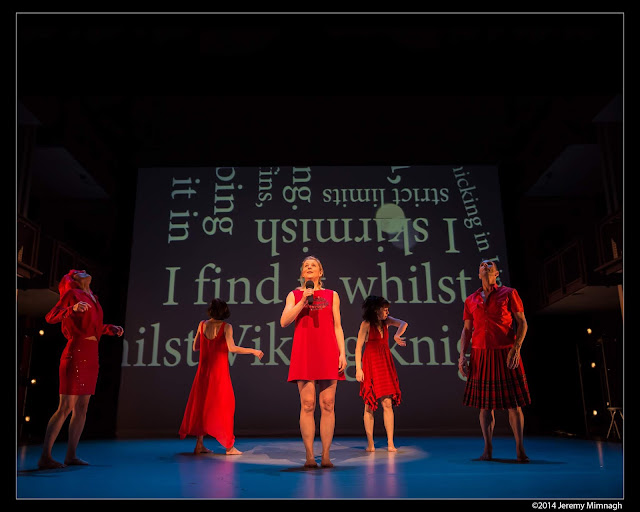 EUNOIA will be presented on Saturday June 1st at 8pm at the River Run Centre. Buy your tickets today!