Skip to content
This week for the Guelph Dance blog, we had the opportunity to ask Mix Mix Dance Collective a few questions about their work, their history of presentation in Guelph and the piece that they are bringing this year to the Guelph Dance Festival.

GD: Can you talk to us a bit about the various performances and workshops you have brought to Guelph over the years? 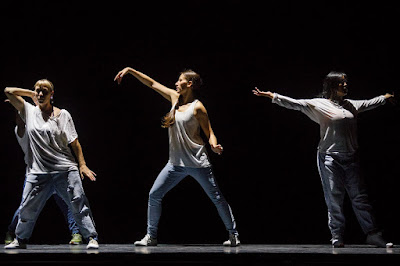 MM: Mix Mix Dance Collective presented a small section of JACK YOUR BODY at the Guelph Dance Festival, and the Hillside Music Festival in 2014. We also did our first dance workshop as a collective that same year. We blended house, hip-hop and waacking (some of the dance styles featured in JACK YOUR BODY).

JACK YOUR BODY is partially inspired by the history of gender-bending inherent in waacking and voguing, two dance forms created by gay men who were also ethnic minorities in clubs in L.A. and Rikers Island. Though originally created by men, both dances fall into stereotypically female body positions and movements, resulting in an interesting fusion of gender-bending that came about through imitation of famous female movie stars and models like Marilyn Monroe or Greta Garbo while socializing with others through movement and dance. The dynamic and fast-paced dance performance pays homage to American street dance culture though a uniquely current and Canadian perspective.

GD: How have you felt your work has evolved or changed over the years?

MM: Our work has changed in many ways. In 2017 we created our second full-length work called LIPSTIQUE to the Toronto Fringe Festival, which focused on the feminine and individual ways of expressing one’s own connection with femininity.

GD: What have been your career challenges and highlights and what would you like to see in the dance world as you move forward?

MM: The highlights of the collective have been to represent Canada at the 2017 Jeux de la Francophonie in Abidjan and be selected to perform at Fall for Dance North. The collective teaches workshops more often around Toronto and the GTA. We have been able to expand and add new members, and create different kinds of street dance work. 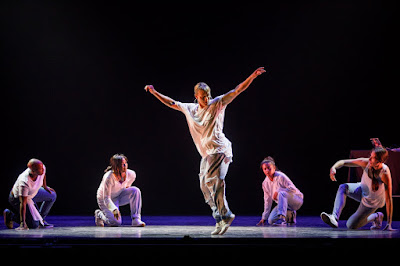 GD: Can you tell us a little about the work you are bringing this year?

Follow Mewas created for the 2017 Games of La Francophonie in Abidjan, where we were selected to be part of Team Canada as part of the cultural component! Our motivation for competing in the games was to celebrate the excellence in artistry, athleticism, and expression Canada has to offer.  FOLLOW ME was also performed at Fall for Dance North in 2017. Mix Mix will also be teaching a street dance class on June 2nd.

Don’t miss Mix Mix Dance Collective’s performance of Follow Me as part of the On the Stage B series on Saturday, June 2nd at 8PM at the River Run Centre. If you would like to learn some street dance moves join their workshop on Saturday June 2ndat 9:30am and if you want to show off what you learned, join us at the festival party at the Red Papaya on Saturday June 2nd at 9:30pm, where members of the collective will get the party started to the beats of DJ Classic Roots.